Today would have been our 23rd wedding anniversary and we would have been together for 27 years. That’s a long time. We would have discussed how we wouldn’t get each other anything and he would have had bought me ﻿flowers and a gift anyway because he “just couldn’t not buy me a gift.” We probably would have planned to go to dinner somewhere or maybe even taken a weekend to celebrate together.

So I’m feeling sad that he isn’t here to celebrate together. I’m heartbroken that there will be no more anniversaries together. It’s not the way it should have been. 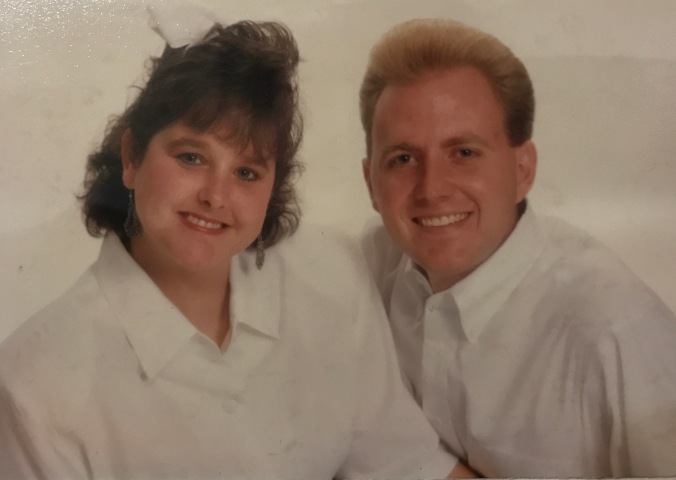 Our engagement picture- look at all that hair!

My heart hurts with an intensity that is hard to put into words﻿ but I am also so incredibly ﻿thankful. It’s a strange feeling. But mostly I just miss him.