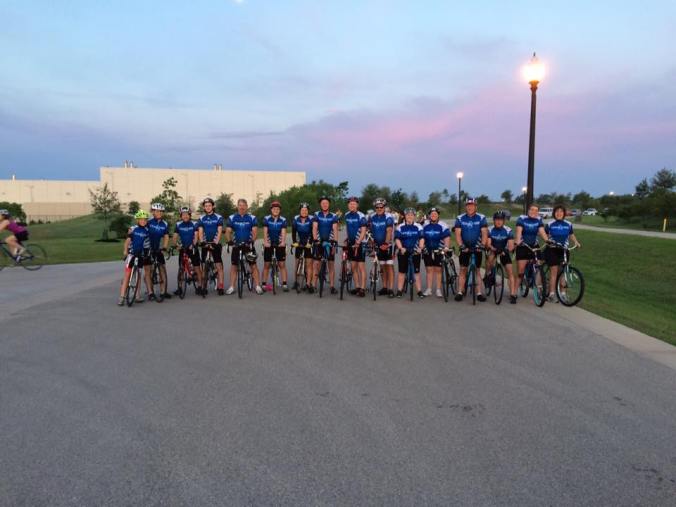 Tomorrow morning I will participate in a 40 mile bike ride to honor Todd. This is a fundraiser for the Cancer Center at one of the local hospitals here. One where Todd received excellent care last February.

This is not going to be easy because I have not gotten on my bike in many, many months. So it will be tough. Painful probably. But I will ride to honor Todd because he pressed on even when things were tough for him. Even when they were painful. Because he had no choice. He wasn’t prepared for his cancer journey so I think it is perfect that I have not prepared either. At least that is what I am telling myself.

Some on Team Todd are riding longer routes and some are riding shorter routes. All are honoring him with their ride and helping to raise funds for so many cancer patients here in the Brazos Valley. Tomorrow Todd will be there in spirit riding with us and silently encouraging each of us to keep going. That’s the way Todd was. Last year he was there all day and was at the finish line for all of the Team Todd riders, even though that day last year was really bad for him. He felt terrible. But he wasn’t showing it and, much to my frustration, insisted on being there for all the riders. I couldn’t convince him to go home and rest.

That’s who Todd was. And that is one of the many reasons I ride for him tomorrow.